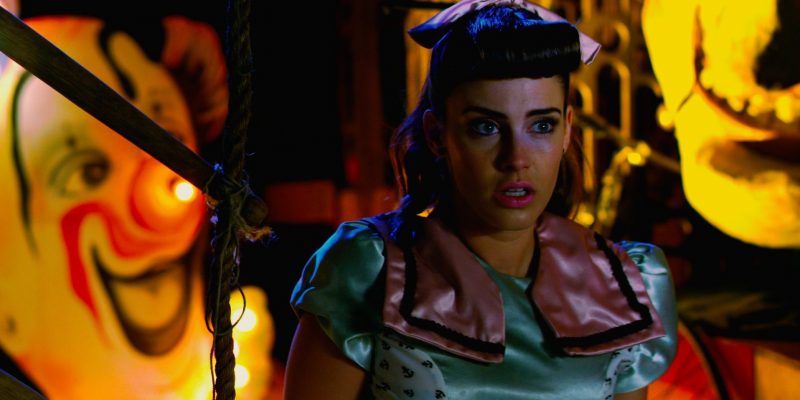 HD screencaps of Jessica in The Devil’s Carnival have been added to the gallery. Enjoy!

The Oracle Online has an article about “The Devil’s Carnival”, read an excerpt below and visit hsuoracle.com for the full article.

“Let me tell you a tale for a penny. One that you cannot hear anywhere else, not anywhere else. I heard from a birdy it doesn’t end purdy, it doesn’t end well. No, it never ends well. Let me spin you a yarn for a cent. Lord, would it not be a sin to deny yourself a tale?”

In 2008 director Darren Bousman (“Saw” 2, 3 and 4) and writer Terrance Zdunich premiered a theatrical release of their stage play/rock opera “Repo! The Genetic Opera.” Originally slated for 3000 screens, “Repo!” appeared on a mere 14, leaving the pair “in a depression, drinking gin in the bathtub,” according to Bousman.

Determined not to give up, the pair loaded the film onto a rented bus and toured it across the country, playing one show a night in any theater that would have them. With these humble “punk-rock film making” beginnings “Repo!” became a cult hit, going so far as to be called “the next ‘Rocky Horror’” by The Hollywood Reporter.