Jessica wrote a beautiful new original song entitled “The Best Gift” for her new movie Rediscovering Christmas and the music video can be viewed below. Be sure to tune in or set your DVR to Lifetime this Sunday night at 8/7C to watch it.

Jessica’s new movie Over the Moon in Love will premiere on the Hallmark Channel on September 21, 2019 at 9/8C. Be sure check your local listings for the correct time in your area and mark your calendar.

I’m “Over The Moon” to announce the film I wrote is coming out next month on @hallmarkchannel along with the soundtrack of original songs written by yours truly! 😁🥰🎶 I also really love that my Dad and Uncle were able to be my backup band in this scene! 🤣♥️

Jessica’s new music video for “Broken Birds” was released yesterday and can be viewed below. Screencaps from the video have been added to the gallery as well. Enjoy!

Jessica announced via her Instagram that her new single and video will be out on Friday! 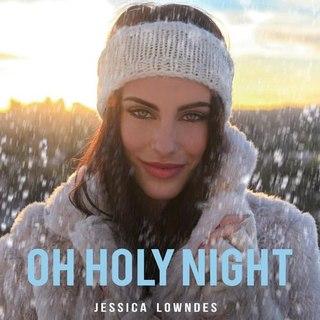 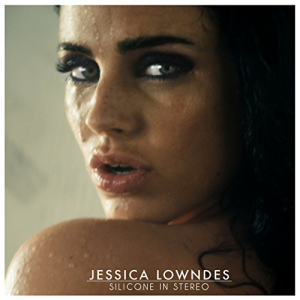 The 24-year-old actress got in the 70s spirit while walking around the Hollywood Hills for the photo series, which was shot by photographer Aurelien Levitan.

Jessica Premieres her new single “The Other Girl” and talks singing on “90210” with Complex.com. You can read a part of her interview below and listen to her new single here.

You just came back from London where you’ve been recording. Is your album done and ready to go?
Well it’s been done for a while but I just keep going back and recording because I love it so much and I can’t stop. [Laughs.] It’s great. I’m going to be doing more writing when I go New York. I keep finding new inspiration and I can’t stop. We’re coming back for season five and I write a lot of music for the show, whether it’s another EP for my character. So it’s all been fun.

When you originally auditioned for Adrianna, did you have to come prepared to sing?
Yeah! That’s literally I had to do. Last second, the showrunner of season decided he wanted to add a high school musical to the pilot. As the music, we bought the rights to Spring Awakening, so my audition was “Mama Who Bore Me.”

At the time I knew they wanted a blonde or a whole different look so I just left my demo CD on the desk and I left and was told that I didn’t get the part. But then a month later, I got the call saying “Would you want to come down to the studio, chop off all your hair and be Adrianna tomorrow?” I had no time to think about it. I didn’t even have a call back. It was just kind of out of nowhere. I didn’t even really have time to let it sink in and I just chopped off all my hair for what was supposed to be two weeks of work on the set.

The writer’s had seen a few other projects I’d done and they started writing for me. They gave my character a drug addiction. Every week, I was still so excited to be a part of the show.

I was explaining your character’s back-story to someone the other day and Adrianna literally has been through everything.
[Laughs.] That’s so funny because I have a lot of friends of mine who haven’t seen the series and they ask me to catch them up on what’s been happening this season. I don’t even know where to start because it’s been 92 episodes of just dramatic craziness!

I guess she’s kind of touched on it all. It’s really fun because, like I said, I really went into it not knowing what to expect. Ever since then, I’ve been so grateful to have a job and also be able to do something that’s so much fun. For nine months of the year, we’re shooting the show and I’m constantly doing something different. The drug addiction stuff was really fun, pregnancy, the lesbian love affair—it just kind of went on and on and on.

Now the music stuff has been really, really great for me as well. The show’s been a great platform. I feel like in season four I identified with my character the most. It very much reflects a lot of who I am.

Read the full interview at Complex.com