Grant Gustin is going from Fox’s Glee to a Lifetime movie. The actor, who plays bad boy Sebastian on the Fox musical dramedy, has been tapped to star in the Lifetime telefilm A Mother’s Nightmare, opposite Annabeth Gish and Jessica Lowndes, The Hollywood Reporter has learned.

Shelley Gillen penned the pic, which revolves around Chris Stewart (Gustin), a handsome and athletic 16-year-old depressed over his parents’ breakup and cheerleader girlfriend’s defection. When a new girl, Vanessa (90210’s Lowndes) arrives, she works her seductive wiles on Chris, accusing him of assault when he tries to pull back from their relationship. Gish will play his mother.

Larry Gershman and Meyer Shwarzstein executive produce. The film is set to begin production next week in West Kelowna, British Columbia, Canada. An air date has not yet been determined.

For Gustin, the role marks his latest small-screen credit for the actor, who could potentially end up series regular on the fourth season of Glee.

CW reveals its Fall Schedule: 90210 will air on Mondays next fall, at 8pm.

The CW is a-changin’! The network just released their fall schedule and you might want to break out your master TV calendar (don’t lie, we know you have one!) as several fan favorites shows are switching nights and times next season, including Supernatural, Hart of Dixie and 90210. Being held for midseason are new shows The Carrie Diaries and Vampire Diaries star Matt Davis’ new drama Cult. So when will your favorite shows be airing? And when can you check out the CW’s new fall series? Plus, what will Gossip Girl’s final season be about? Find out…

(The Carrie Diaries, the network’s Sex and the City prequel starring AnnaSophia Robb, will take over Gossip Girl’s timeslot in January)

THURSDAY
8 p.m.: The Vampire Diaries
9 p.m.: Beauty and the Beast (Reboot of the CBS series from the ’80s with Smallville’s Kristin Kreuk filling Linda Hamilton’s shoes)

Jessica Lowndes’ Official Website has been launched! Visit it at JessicaLowndes.com!

Jessica is going to appear on MTV’s 10 on Top today at 11.30 AM ET. Here’s a photo MTV posted yesterday! Be sure to tune on MTV in less than an hour and don’t miss her! 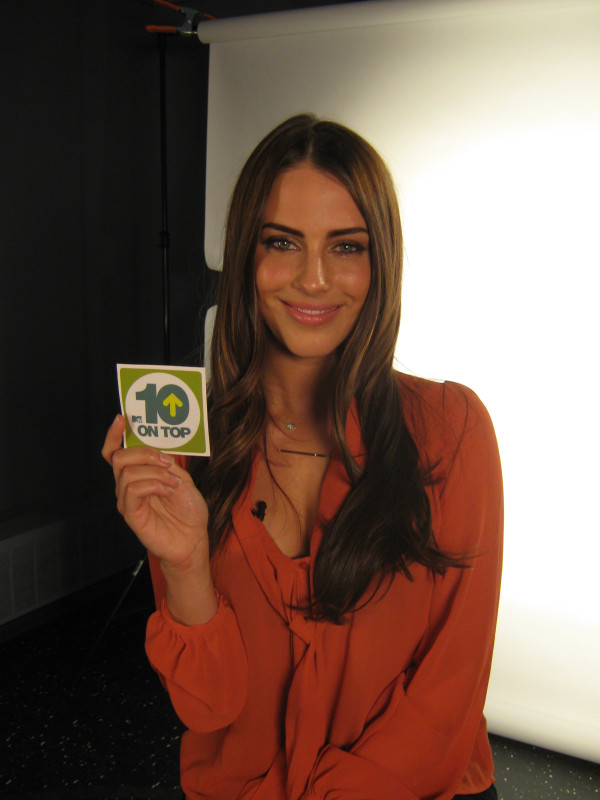 Celebuzz is doing Q&A with Jessica Lowndes next week. Fans have until Sunday, December 4th, at 10PM ET to ask her their questions. So, if you want to ask something to Jessica, make sure to check out Celebuzz’s post and submit your questions following their guidelines! 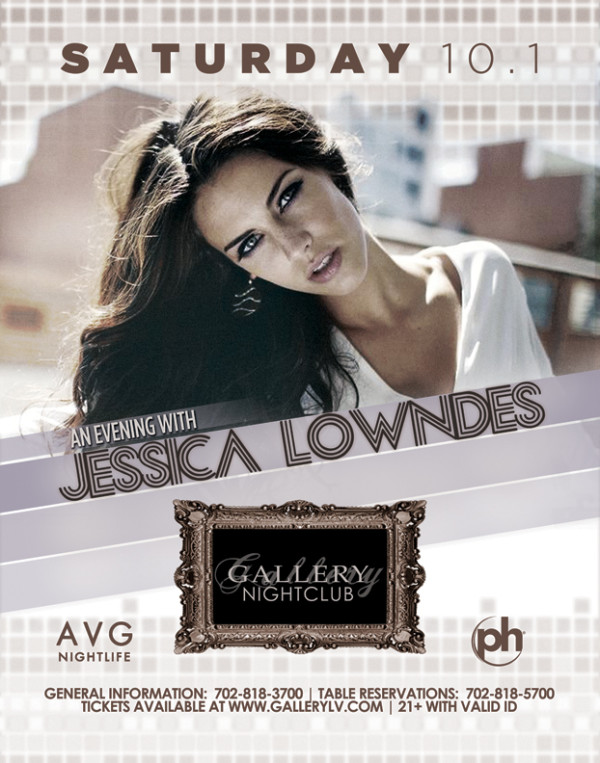 As I told you a few ago, you will have the chance to win a t-shirt (one of the t-shirts Jessica is wearing on these gorgeous photos, for this competition the one she wears in the photo above) signed by Jessica herself.

Recognise Magazine posted guidelines to enter this contest on their Facebook.

#JESSICALOWNDES & #90210 fans, here! it is – to win the T-shirt shown in our shoot here, exclusively SIGNED by Jessica herself, all you have to do is answer this question –

Who did Jessica fall in love with in October 2010?

Think about it! Email your answers (with your name & FULL postal address) to: info@recognisemagazine.com, with …JESSICA COMPETITION 1 in the subject line. Once you have done that let us know you have entered by leaving a comment below (not the answer!) ONLY ENTRANTS THAT EMAIL AND LEAVE A COMMENT HERE ARE ELIGIBLE TO WIN.

To accomodate our friends around the world, this competition will close 4pm BST, Mon 10th July. The winner will be chosen at random and announced thereafter.

If you don’t win this time, we will have another to give away next week!! GOOD LUCK!!

So, hurry and go enter the contest at Recognise Magazine’s Facebook page!

It would be great if the winner would let me know here at Jessica Lowndes Network and maybe share a pic of his fabulous prize with us! Good luck everyone!

What do you have to do win either the JESSICA or the 90210 t-shirt shown here in our exclusive photo shoot from issue 8, each SIGNED by #JESSICA LOWNDES herself?!! Find out in 12 hours….!!

Jessica is on issue 8 Recognise Magazine and you can view some pics and the first scan into our gallery. According to Recognise Magazine, you will have the chance to win a t-shirt (one of the t-shirts Jessica is wearing on these gorgeous photos) signed by Jessica herself! Find out more at Recognise Magazine Facebook and keep checking back the site for news and updates!

The CW announces Fall 2011 Premiere dates. 90210 will return with its Season 4 premiere on Tuesday, September 13. 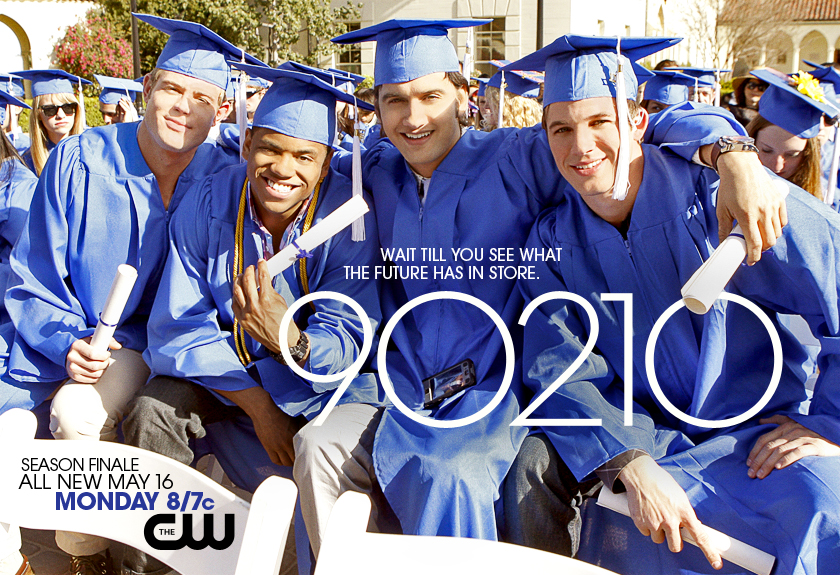 For the First Time Ever, “America’s Next Top Model” to Feature All-Stars from Past Cycles for the Fall Edition

“The Vampire Diaries,” “Gossip Girl,” “90210” and “Supernatural” Also to Return Next Season

April 26, 2011 (Burbank, California) ─ The CW Network has given early pickups to five of its established series for next season, including an All-Star Cycle of AMERICA’S NEXT TOP MODEL and the network’s top-rated drama THE VAMPIRE DIARIES. All five shows will return in Fall 2011.

With AMERICA’S NEXT TOP MODEL ordered for both cycles next season, The CW’s signature reality series will kick-off the Fall with its first-ever All-Star Edition, featuring the models who became breakout characters and who had the most memorable stories from past cycles. Additional details about the cast, judges and prizes for the All-Star cycle of TOP MODEL will be announced at a later time.

The CW’s bloodily addictive hit THE VAMPIRE DIARIES was also given an early renewal, and in its sophomore season, remains the network’s most-watched show (4.0 million viewers) and the network’s number-one show among its target audience of women 18-34 (2.9/9).

Also given early pickups for next season are The CW’s scandalous guilty pleasures GOSSIP GIRL, the network’s second most popular series with women 18-34 (2.8/7), and 90210, which posts some of TV’s largest percent increases from DVR playback, more than doubling its women 18-34 live ratings once live+7 data is included.

The network also renewed fan favorite SUPERNATURAL, which enters its seventh season next year. In moving to Fridays last September, SUPERNATURAL immediately helped make The CW more competitive on the night and dramatically contributed to year-to-year gains on Friday of 66% in adults 18-34 and 60% in viewers.

“Undone is my upcoming new single and I’m thrilled to have the incredibly talented Jessica Lowndes featured on this new record. I wanted a real performer, someone who would know how to perform such a powerful and emotional song,” said Jeremy Amelin. “Can’t wait for the world to discover Undone.”

With already over 20 million views on YouTube in 2010, 24-year-old French electro-pop sensation Jeremy Amelin is ranked among France’s Top 5 most-watched recording artists on YouTube. Amelin performed live on 16 primetime shows broadcasted on #1 French TV channel TF1, watched by over 10 million viewers weekly and has already released 5 singles including his debut single “A Contre Sens” which debuted at #13 on the French Billboard charts. Amelin also made a nationwide tour of 115 concerts in France’s biggest arenas such as the Olympia, the Congress Palace, Zeniths, the Dix-Heures Theater and performed twice live on stage at the world-famous Queen Club on the Champs-Elysees (Paris, France) in March 2008 and June 2009. Amelin also created his own clothing line “Elektrode by Jeremy Amelin”, photographed by top French photographer Fred Goudon – author of the sexiest French rugbymen calendar “Dieux du Stade” – while behind the scenes were filmed and broadcasted on Fashion TV.

A woman finds romance during a kite festival.