Added to the gallery HD screencaps for last 90210 episode (thanks to my lovely friend Holly for them!). Plus there are some scans from the October 2010 issue of Zooey Magazine, so make sure to check out the new additions!

A sneak peek of the photo shoot is available online on Youtube and you can watch it below!

Plus, there is the first outtakes from the magazine (courtesy of Zooey Magazine), you can take a look to this pic below! 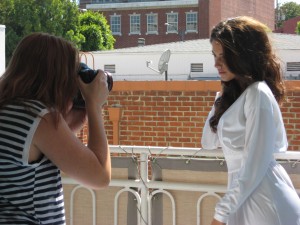 The issue releases later this month in Barnes & Nobles and Books-A-Million nationwide.