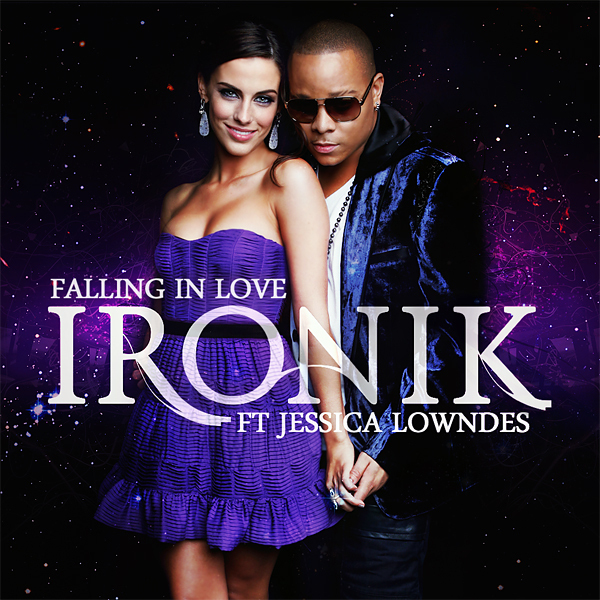 Watch “Falling In Love” Official Video at News Of the World!

I’VE got the exclusive vid of Brit rapper DJ IRONIK’s new song Falling in Love featuring 90210 beauty JESSICA LOWNDES – and you can see it NOW.

It was filmed in LA last week and the Tiny Dancer rapper clearly took a shine to Jess.

He said: “She is incredibly cool, a talented singer and beautiful.”

TV Fanatic has a new exclusive interview with Jessica. She talks about 90210 season three, new album and more.

You were recording during the show’s break. What can we expect from that?
It’s been incredible. During hiatus I started putting together an album, which is fantastic. I got to record a lot in LA and London and I teamed up with this pop artist from the UK called Ironik. We have a single coming out on October 25 in London, we just shot the music video for that.

Where is Adrianna when the show comes back?
My character is no longer in high school, she’s now touring and doing the rock star thing and is definitely a lot stronger this season. I’ve been singing since I was three; it’s the one thing in Adrianna’s life that I can totally relate to.

Give us some 90210 spoilers for your character this season.
It’s a dream role for any actress. I’ve done the drug stuff, the pregnancy thing, the love triangle, the lesbian affair and now the music. Adrianna’s addicted to the drama, and even when she’s in it, she says she doesn’t want it. If things go smoothly she gets really bored and craves that next hit of exciting or drama. It’s really interesting and its been fun because I feel like she’s growing up.

I’ve been able to record for the show, so there’s going to be a lot more music this season. We start filming episode six next week, and it’s the craziest episode ever. I’m really excited. It’s only been a summer since you’ve seen her last, so her lifestyles changed, she’s still the same person and she’s trying to stay as normal as possible but her life is going at a different rate and speed. She had to dropout out of high school to pursue singing, and managing having a boyfriend in Navid.

She makes a really bad decision at some point, which is the worst thing ever and she’s stuck and cant get out of it. Something like that is definitely going to change her. You’re going to see how fame can really go to someones head.

Yeah! Finally the preview of DJ Ironik‘s new song is avaible! The song is called “Falling in Love”, by Ironik Feat Jessica Lowndes. I’ve listened it at least 10 times and I’m still listening it while I’m posting: it’s an amazing song and Jessica has a really wonderful voice, but you already know that. So click play and listen “Falling in Love” below! ;) 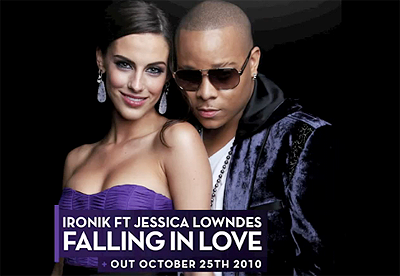 Hollyscoop.com caught up with Jessica Lowndes who talks to us about her Fall Fashion picks, opening for Robin Thicke, her new Album, and the new season of 90210.

According with Fashion News USA, Jessica will attend the “Summer Soiree” on June 5th, 2010 at The Venetian Resort-Hotel-Casino in Las Vegas.

Under the luminous stars at the luxurious pool deck at The Venetian Resort-Hotel-Casino in Las Vegas, Simon G. Jewelry presents SUMMER SOIREE, an exclusive star-studded musical evening on Saturday, June 5 at 7:00p.m. Melissa Rycroft-Strickland hosts the invitation-only event at this exquisite venue, as Robin Thicke brings his signature sultry R&B sound poolside at The Venetian.

Thicke will be accompanied by emerging Las Vegas country artist CJ Goldner, Dr. Hollywood and a highly anticipated performance by Jessica Lowndes, who is best known for her role in the CW’s hit drama 90210.

Jessica Lowndes, who plays Adrianna on ‘90210,’ proves she’s a double threat with her latest storyline where her character gets a record deal. In real life, Lowndes is also working on an album.

Below a little spoiler about 90210 from KorbiTV at Zap2It.

Any scoop on No Drama Adrianna? -Jeff M.
Ade’s going to start dating a musician pretty soon. His name is Javier and things between them will heat up quickly — and then burn out. I believe a reunion with Navid is in the cards before the season ends.

And another article about Jessica’s music on the show by TV Guide Magazine.

90210 star Jessica Lowndes is more than just a pretty face—and she gets to prove it this week, showing off her musical ability when her character, Adrianna, takes a stab at songwriting for Ivy’s mother. Sing it!

Big episode, huh?
I’ve been singing my whole life, so to sing on TV is a dream come true.

And you duet with Latin pop star Diego Boneta. How was that?
I think it came out well. My style is more pop-rock, which you’ll see in the following episodes. Two of my songs will be on the show later in May.

Ade also works with her ex Navid (Michael Steger) on a song…how does that bode for her current love interest, Gia (Rumer Willis)?
No one can compete with the history that Adrianna and Navid share. Gia cheated on Adrianna. So Ade now has a deeper understanding of what Navid went through when she cheated on him.

Bisexuality…addiction…rock and roll. So much
for “no drama Adrianna.”
The “no drama” thing lasted half an episode. Adrianna has an addictive personality and is essentially addicted to the highs and lows. When things are sailing smoothly, she gets bored!

Thers is a new Jessica’s video interview from On The Red Carpet, just click here to watch the video! Thanks to Natalia for the heads up!

“There’s definitely a lot of big things to come,” she said. “You see, Adrianna has just been offered a record deal. So there’s going to a lot more music which is so much fun for me, cause I am actually a singer, and I am recording an album right now. So in a couple weeks, two of my songs are actually going to be on the show.”

She went on to say there may be a new love interest for her character since being cheated on by Gia, played by Rumer Willis.

“You just saw Rumer’s character Gia cheat on my character. So they’ll definitely me more love stories,” she said.

Watch the video at On The Red Carpet!